I just love when people, places, animals and things speak to us! Everything in life can teach us lessons to fuel our success and in today’s blog, my friend Sharma Taylor shares 12 lessons from her recent 7K race. 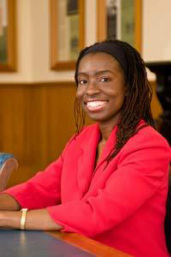 Sharma is a corporate attorney with a Doctor of Philosophy Degree in Law from Victoria University of Wellington in New Zealand. This year, she is committed to pursuing God even harder than before. Currently, she is becoming a runner and loves the strength she feels after conquering a work out. She also writes for Christian Today.

I’m not athletic. I don’t, and have never, played a sport. My reaction time is slow. Growing up, I was more likely to be reading a book than sweating on a playing field. I don’t have good hand-eye coordination or balance. I once fell over during a standing pose in yoga class and the instructor burst out laughing. My flexibility is poor. When seated on the floor, I can’t reach forward far enough to grab my toes.

But what I’ve started to do over the past couple years is walk the occasional charity 5K. I don’t run these 5Ks. At most, I would have 30 second bursts of sprints three times during each race. I don’t practise running 5Ks 3 or 4 times a week, like serious runners do.

On March 25, 2017, for the first time, I ran a 7K race (4.3 miles) and came second in the female category and 7th overall. This is a miracle. No joke, it was a spiritual experience. I don’t run listening to music, so for the entire hour and 5 minutes, I only had my voice and the voice of God inside my head.

Before the race started, I decided I would be content to walk fast enough to keep close to a prize winning speed walker I had seen before at several 5Ks. I made sure to stand next to her at the starting line. A jogger was ahead of us. Then the race began. The jogger started running and I followed her, leaving the speed walker behind. I figured that when I got tired after the first 400 metres, the speed walker would catch me and we would continue the race walking. That didn’t happen. I didn’t stop.

There are a few things about that race that bear parallels to life that I wanted to share with you.

I realized that, just like in life, you have to:

You have to run ‎your own race at the pace at which you can still breathe.

Keep your gaze on the person ahead of you as your role model and marker. I didn’t know the course, so I followed the jogger. Paul encouraged the believers to imitate him, as he imitated Christ (1 Corinthians chapter 11 verse 1). A long race is easier when you have someone to follow. Follow Jesus (Hebrews Chapter 12 verse 2).

You also have to keep an eye on those behind. Remember how far you have come and be aware of the fact that you can slip if you are not careful (1 Corinthians chapter 10 verses 1 to 12). Do not allow the issues of your past to overtake you. Don’t let your old life, before you accepted Christ, creep upon you.

Your brain also has to decide you will not let the physical pain stop you.

That same conflict between the plan and the result happened during the 7K. My plan was to keep a solid pace and save energy for the final metres. But there was a point where the gap between me and the jogger ahead of me seemed so far it looked insurmountable. At one point, I couldn’t even see her. Plus, the people behind me seemed to be getting closer and closer. “God, it’s not working! There’s no way I can finish in the top 3. I don’t think I can do this. I either have to speed up or stop!” I cried. He said quite calmly: “Trust the plan.”

No matter how it feels or looks His Plan will work (Jeremiah chapter 29 verse 11). The real choice in life is: whose plan will you use? Yours or God’s?

I eventually ran past the jogger (she ran out of steam just before the last 1km and eventually placed 3rd). In the last 1km, I was overtaken by a different speed walker. (The speed walker I initially set out to match finished as the 4th female).

In all of this, we can’t ignore the importance of the discipline of training. You can’t go from zero to a 5K or 7K.  For weeks before I had been taking cardio classes at the gym and slowly getting stronger and fitter. Start your spiritual training today.

There’s no obstacle too big or course too hard for you and God. After all, the race is not for the swift but for who can endure to the end.

WHEN THE JULIE MANGO TALKS: Vision, Value and Patience

The Mango Giveaway “I don’t want to see another mango,” I exclaimed! Over the summer holidays we had so many mangoes that I...